I'm not a football fanatic, but a person would have to be blind to avoid the 12th Man Fever* that has hit the Seattle area! So on a sunshiny Thursday afternoon I thought it would be fun to drive around my part of King County, Washington, to capture images of fan support for the Seattle Seahawks team. I found boosters in some unlikely places! Whether you're rooting for the Hawks or the Patriots (or completely indifferent), I hope you'll appreciate the community spirit I found and that you enjoy the game.

*From Wikipedia: The 12th man or 12th player is a term for fans of teams playing American football or association football. As most football leagues allow a maximum of eleven players per team on the playing field at a time, referring to a team's fans as the 12th man implies that they have a potentially helpful role in the game. 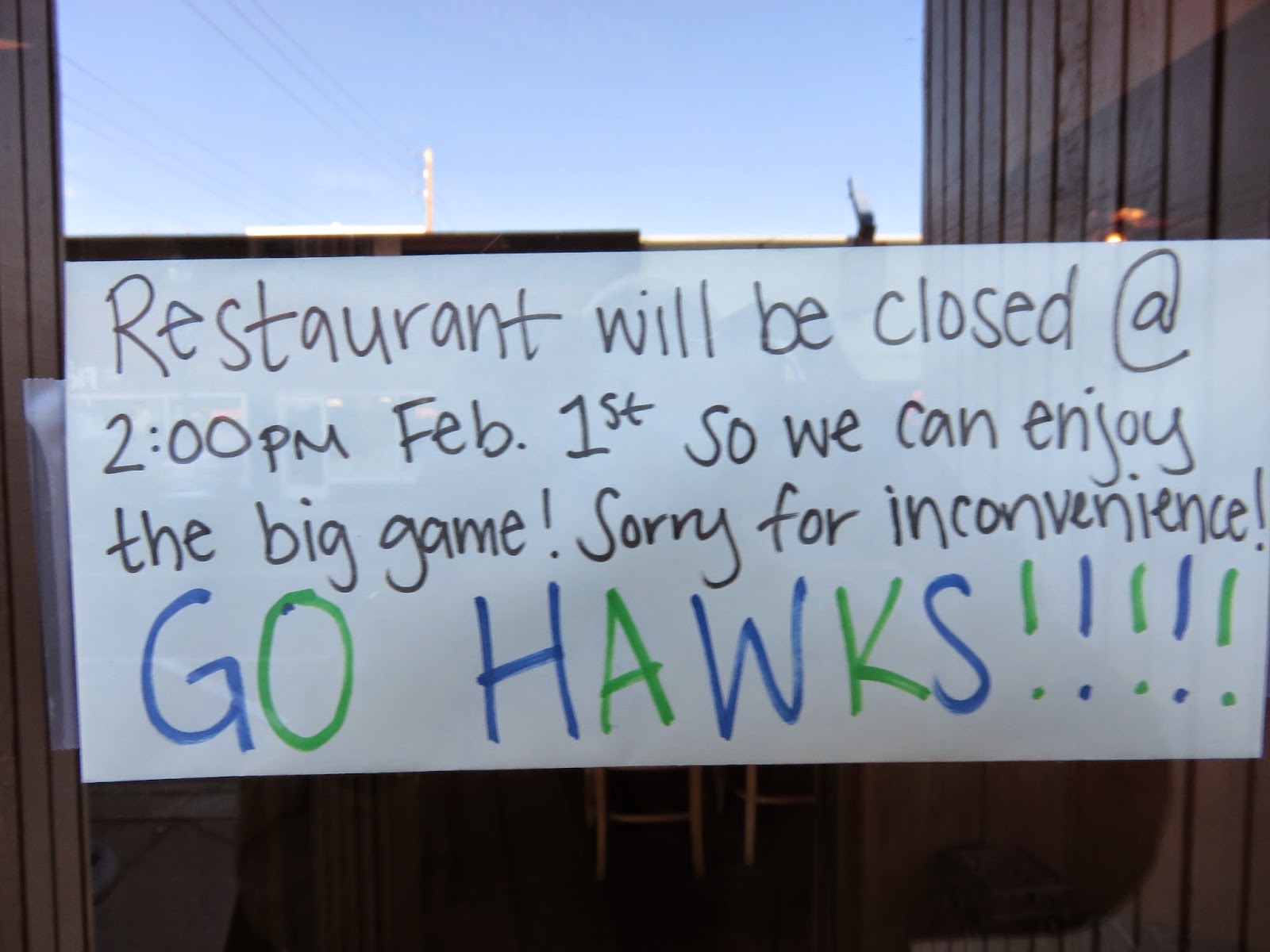 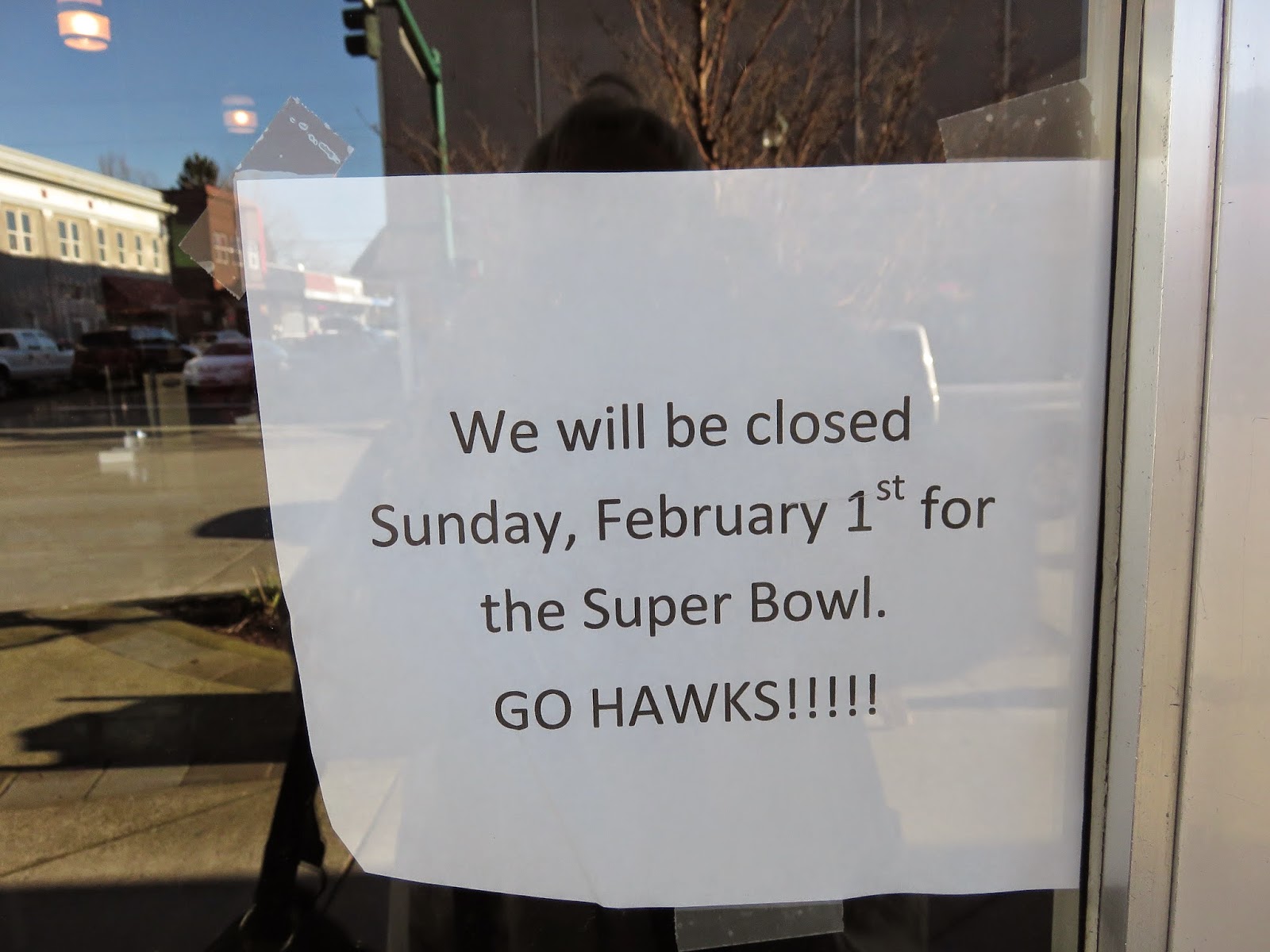 Some places are even closing on Super Bowl Sunday

To participate in Saturday Snapshots: post a photo that you (or a friend or family member)
have taken then leave a direct link to your post in the Mister Linky on the host blogsite.
Photos can be old or new, and be of any subject as long as they are clean and appropriate
for all eyes to see. How much detail you give in the caption is entirely up to you.
Please don’t post random photos that you find online.