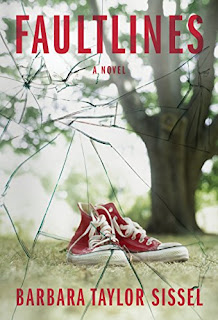 Maybe it's because I have a son or because I was born and raised in Texas or maybe because the man character's name is Sandy, but Barbara Taylor Sissel's Faultlines spoke to me deeply. The story tells of a family torn apart by an automobile accident in which Sandy's son was believed to have been driving. Drinking was involved. He and his passengers were seriously injured, one of them fatally. The wreck has far-reaching consequences.
If you enjoy books that delve into family relationships in true-to-life situations, you'll enjoy Faultlines too. I definitely recommend it.
FYI: I saw no errors or typos in this book, which I always appreciate.


First Paragraph:
Jordy wasn't dead.
Sandy plucked that single fact from the sea of information she was hearing from the police sergeant, and she clung to it as tightly as she clung to the phone. Behind her, she felt the bed shift when Emmett sat up. She felt his warmth, his sleepy unawareness - his beforeness, and she envied him. "What is it?" he asked, and he was close enough that his breath on her bare shoulder made her shiver.

Teaser (from 28% on my Kindle):
But there had always been so much goodness in her life, enough that at times she felt compelled to apologize: I'm sorry my childhood was so happy, stable, abundant. It was only after she learned that the one blessing she longed for most - a child - would be denied her that she thought there was a price for having been given so much when she was young, that possibly there was such a thing as too much good, too much joy.

It’s the phone call every parent dreads: in the middle of the night, Sandy Cline learns that her twenty-year-old son, Jordan, has been in a car accident. Her nephew, Travis, was also in the car, along with Travis’s girlfriend. All three are alive—but barely. The car was smashed against a tree along a remote and winding road, beautiful but deadly, in their rural Texas Hill Country town.
In the wake of the car crash, the close-knit family is tested like never before. Jenna, Travis’s mother, blames Jordan—as well as her sister, Sandy—after reports surface that Jordan had been driving. As the young adults struggle to survive, tension between their parents escalates. But when trust is broken and a shocking family secret is exposed, it creates a perfect storm of harrowing consequences. Rumors in the small town spread like wildfire. When details of the accident are questioned, Sandy and Jenna wonder if their family has been destroyed beyond repair.
As always, there’s much more to the story…if the family is to survive, they will have to come together to confront the terrible truth and overcome their pain. But are some betrayals unforgivable?

First Chapter/First Paragraph/Tuesday Intros is hosted by I'd Rather Be at the Beach. To participate, share the first paragraph (or a few) from a book you're reading or thinking about reading soon.
Link up HERE

The weather isn't always wet and dreary in the Pacific Northwest; but when it is, we dress for the occasion and keep on going. Yesterday I joined the hardy folks from the Auburn Senior Center for a 6-mile trek in Discovery Park and around the Chittenden (Ballard) Locks. The temps were in the lower 40s (F), and when we left the woods, we faced stiff winds. Brrrr! Here are a few photos I took along the way. Click on pictures to enlarge. 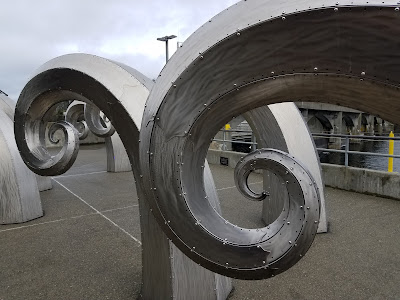 Our hiking was rewarded with lunch at Serendipity Cafe in Seattle's Magnolia neighborhood. My Monte Cristo sandwich added back all the calories I'd just expended hiking!

FYI: The group explored this area in April, 2017, too. Here's the link to photos from that outing: Chittenden Locks - Springtime 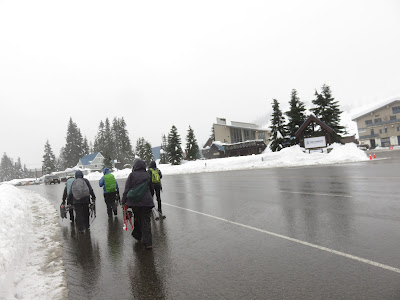 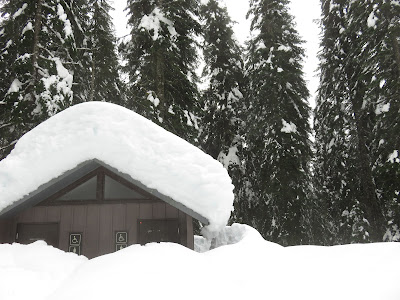 On December 25, 2017, Seattle and surrounding areas experienced their third white Christmas in the last 100 years. I had to take some photos of that amazing event.

Although the snow was beautiful and I enjoyed walking around the neighborhood in it, I was glad it only lasted a couple of days. Is the weather snowy in your part of the world?