One of the most beautiful places we visited in Portugal was Jerónimos Monastery in Lisbon. Obviously, more than a few other people had the same idea... and this was during off season in October. 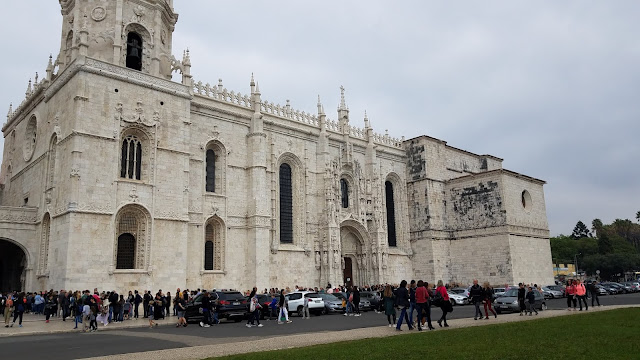 It's amazing to me that artisans could create such delicate looking arches and columns out of stone.

I'm fascinated by gargoyles, and there were hundreds in the monastery's cloister. Many of them were functional, and all were more interesting than the aluminum downspouts on my home. 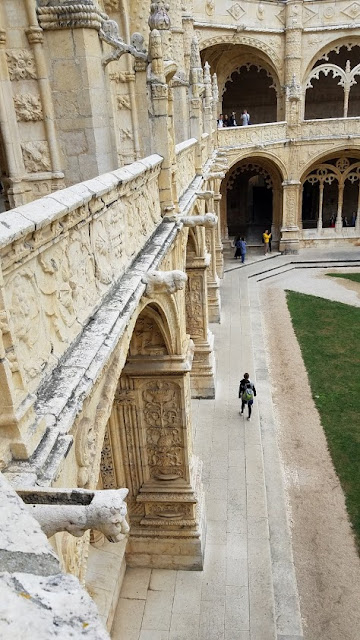 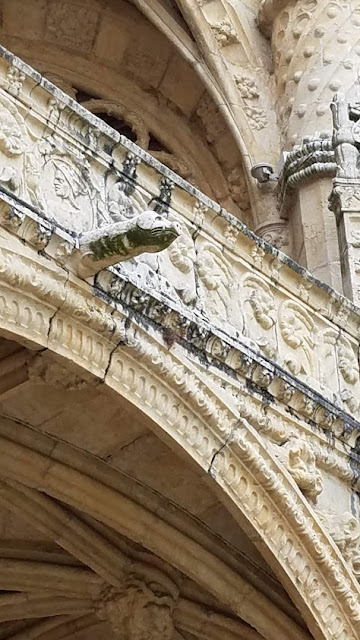 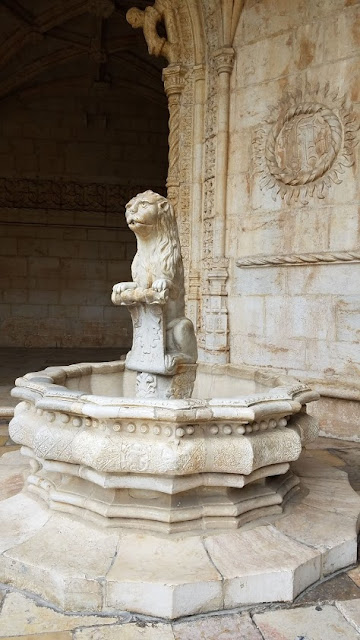 A little history from Lisbon.net:

The Jerónimos Monastery, also called Hieronymites Monastery, is along with the Tower of Belém, one of the most visited sites in Lisbon. UNESCO declared it a World Heritage Site in 1983. This landmark is called Mosteiro dos Jerónimos in Portuguese.
The religious building was designed by the Portuguese architect Diogo de Boitaca to commemorate the return of Vasco da Gama from India. The construction began on 6 January 1501 and wasn’t completed until the seventeenth century.  The building is predominantly Manueline style (Portuguese late Gothic).
Curiously, the monastery was built on the site of the former Ermida do Restelo, the chapel where Vasco da Gama and the rest of the sailors prayed before setting sail down the African coast to India.

Portugal (especially Lisbon) is famous for its tiles and decorative sidewalks. 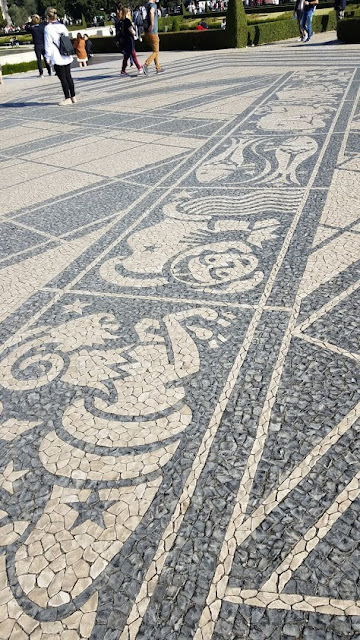 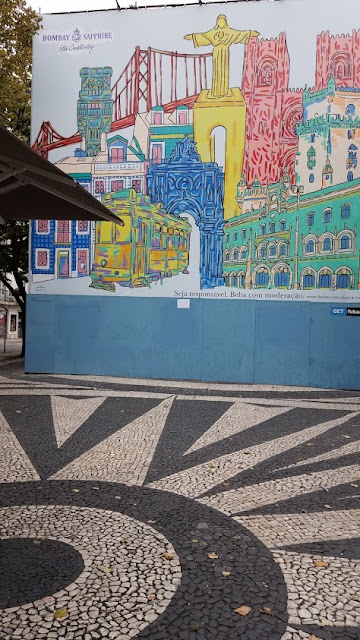 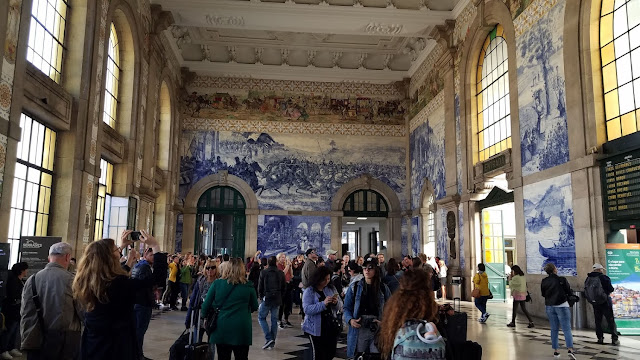 Even the most mundane buildings are covered in tiles. Some of them remind me of quilts. 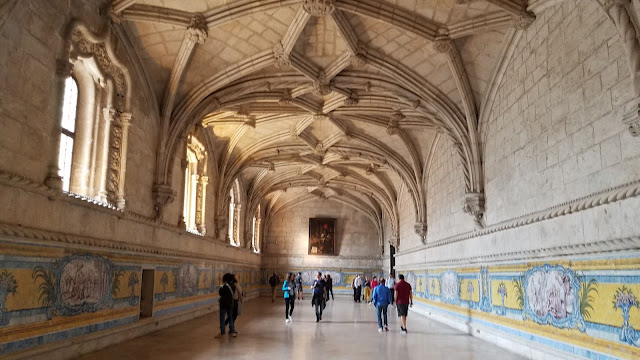 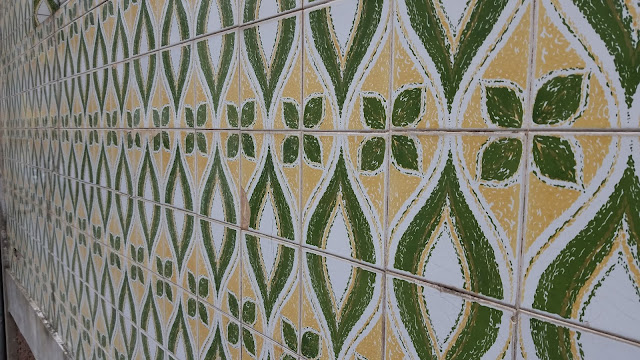