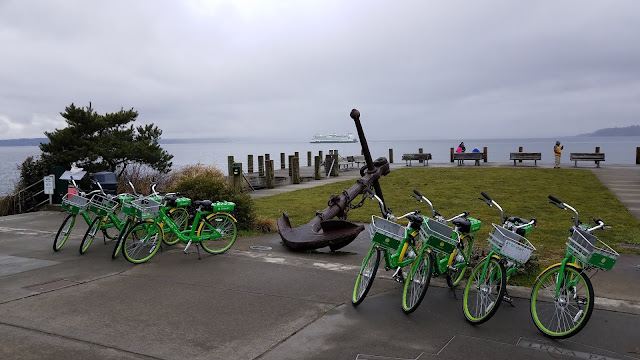 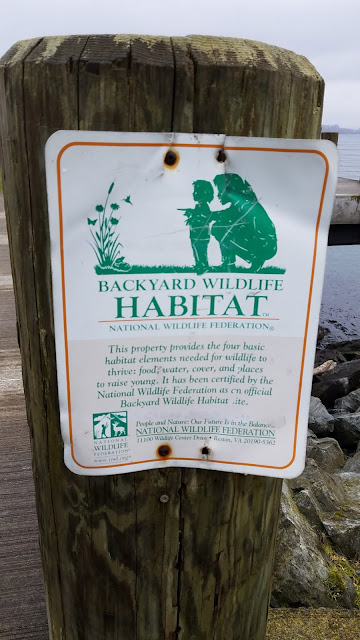 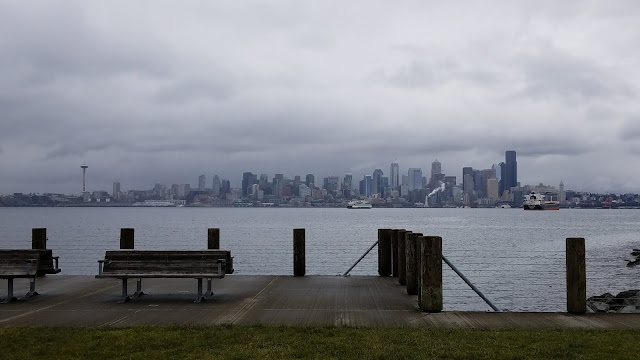 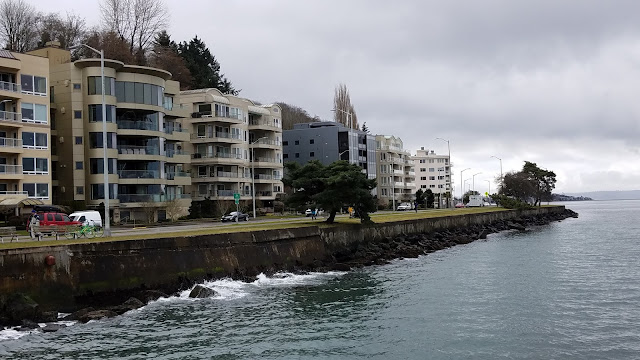 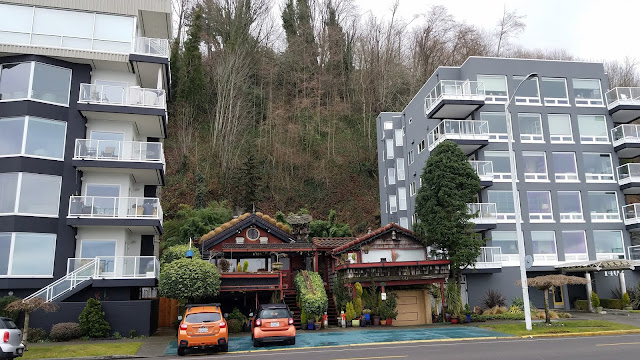 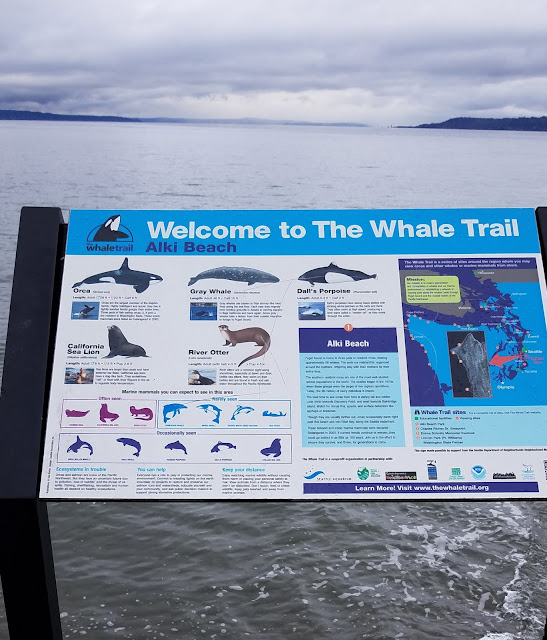 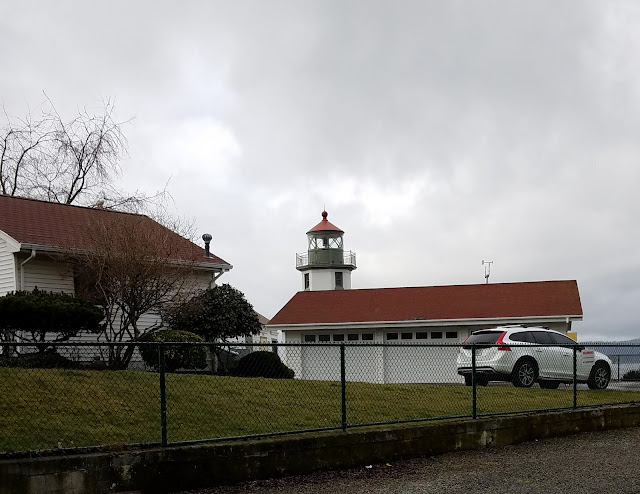 Poor little dwarf bungalows alongside those giants! It's a grey old landscape in this post but I'm sure it makes a beautiful walk in summer. Thanks for the link, Sandra :) :)

What a beautiful place for walking. We hope to visit Seattle one day. We would like to go to Seattle and take the train into Canada.

Our days have been gloomy but the first day of spring was a total treat to get out and walk in sunshine. Then came yesterday the coldest windy day ever!

I enjoyed the pictures. Alki is a local beauty. Thanks for sharing your photos. You are stacking up quite a few albums and this reader certainly enjoys them.

Restlessjo: The walk is always beautiful, even on a drizzly day. Our group stops for lunch at a local restaurant, too. This time I ate Mexican food at Cactus Restaurant. Delicious seafood enchiladas.

Deb Nance: I have visited Victoria, BC, but traveled there via the Victoria Clipper. Taking the train would be fun.

Jackie: Our weather was unseasonably warm for a couple of days... until it turned cool again. I'm looking forward to more of spring's sunshine.

Grace: I'm glad you liked the pictures. Walking along Alki Beach was a treat.

Informative and fun exploration of Alki through you. I'm still wrapping my mind around the idea of a swimming pool burning down (:

Grace: I'm glad you liked the pictures. Walking along Alki Beach was a treat.

Judy: I had the same thought! I'm guessing it was enclosed within a structure of some kind (maybe wooden?) and that's what burned down.

This brings back so many memories!My brother Randy's family and I went to Alki Beach a lot. A great place to walk. Can't remember the name, but there was a great seafood restaurant there where we ate. Reading and seeing this brought it all back. Thanks!

Colleen: I'm delighted that my post brought back happy memories for you. There are so many good restaurants clustered along Alki Beach. Duke's, Spud Fish & Chips, and more. Because I can never pass up a good Mexican restaurant, I ate at Cactus after this walk. A treat!

What a beautiful place. I remember going through the Sound a lot when I was in the Navy. I was station on the USS Truxtun in Bremerton a long time ago.

Thanks for showing us Alki and Luna Park. To me they're a couple of the best places in Seattle. I like the bit of history your included. Those two little buildings between the condos look like children squeezed between to fat adults.

Cushpat1: I recently went through Bremerton on the way to Hansville, in the far north of the Kitsap Peninsula. Beautiful area. I'm glad you enjoyed my post.
Dace: I LOVE your comparison of the little homes to children squeezed between two adults. Perfect analogy! Even though the senior center group routinely hikes/walks in Alki, I never tire of going there.

Gorgeous scenes! You live in a truly beautiful area. Thanks for sharing.

Thanks for stopping by, Laurel-Rain.

What a beautiful waterfront park - it looks like a great place to walk (or ride a bike). I would love to live closer to the water :)