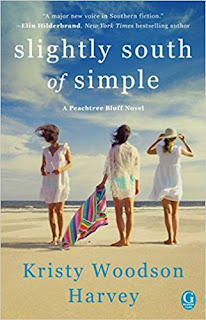 I expected the characters in this book to have more of a Southern "voice" (it takes place in Georgia) but they didn't. That's okay. I still enjoyed the story. My big complaint was that it ended a little too abruptly for me. However, it's the first book in a series, so maybe that's why everything wasn't as neatly tied up as I wanted.

First Paragraph:
I still have dreams about that yellow-and-white striped bikini, the one I was wearing the night I met Jack, my first bona fide summer love. I was fifteen going on sixteen, the perfect age, when your hair tints that summer blond that hairstylists become super-stars for emulating. You have filled out enough not to be gangly but not so much that you can imagine a one-piece being in your future.

Teaser at 83% on my Kindle (I stretched the excerpt to three sentences instead of just two):
I knew already from having children and grandchildren that time moved quickly; the days were long, but the years were short. And I knew for certain that no matter how many fights they had or how many times I had to change sheets or clean up dirty dishes or babysit all day for one grandchild after I'd been up all night with another, I would look back on these months of having my children home with me, back where they belonged, with incredible joy and wistfulness. These were the good times, even when they were hard.

Synopsis:
Caroline Murphy swore she’d never set foot back in the small Southern town of Peachtree Bluff; she was a New York girl born and bred and the worst day of her life was when, in the wake of her father’s death, her mother selfishly forced her to move—during her senior year of high school, no less—back to that hick-infested rat trap where she'd spent her childhood summers. But now that her marriage to a New York high society heir has fallen apart in a very public, very embarrassing fashion, a pregnant Caroline decides to escape the gossipmongers with her nine-year-old daughter and head home to her mother, Ansley.
Ansley has always put her three daughters first, especially when she found out that her late husband, despite what he had always promised, left her with next to nothing. Now the proud owner of a charming waterfront design business and finally standing on her own two feet, Ansley welcomes Caroline and her brood back with open arms. But when her second daughter Sloane, whose military husband is overseas, and youngest daughter and successful actress Emerson join the fray, Ansley begins to feel like the piece of herself she had finally found might be slipping from her grasp. Even more discomfiting, when someone from her past reappears in Ansley's life, the secret she’s harbored from her daughters their entire lives might finally be forced into the open.
Exploring the powerful bonds between sisters and mothers and daughters, this engaging novel is filled with Southern charm, emotional drama, and plenty of heart. 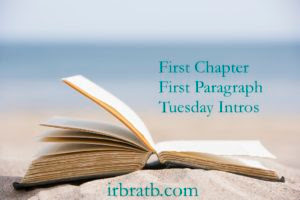