The September 16 hike along the Naches Peak Loop Trail is my favorite, so far. Cool, sunshiny weather; friendly group of hikers; beauty everywhere. I took about fifty photos but I'll only share my favorites.
[Click on photos to enlarge.]

And... we're off! This is designated as a wilderness area, and groups were limited to twelve people. We numbered fourteen so we broke up into two separate groups. 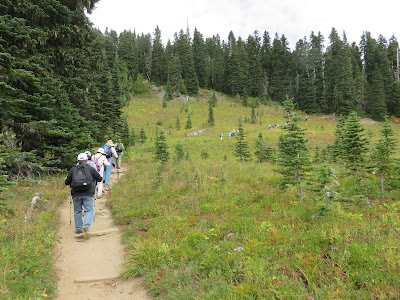 When I saw the sign saying our hike was part of the Pacific Crest Trail, I felt like Cheryl Strayed from Wild (but without the heavy pack and emotional baggage!) 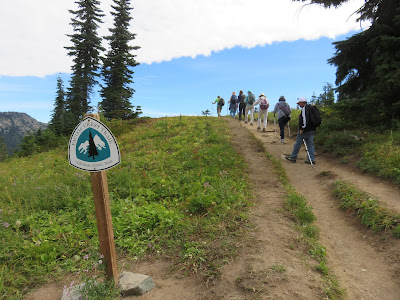 I hope the presence of the two women on the trail will give you an idea of the vastness of our surroundings. 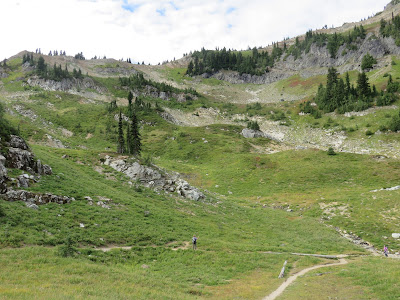 We walked through forests, in open meadows, and alongside dramatic rock walls. 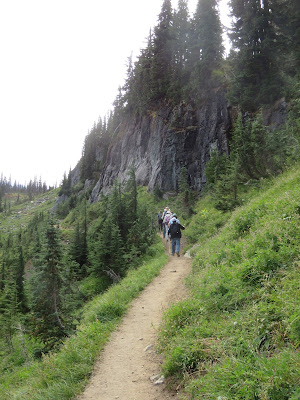 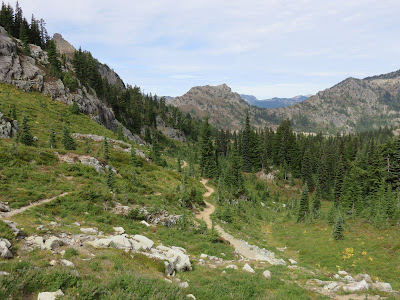 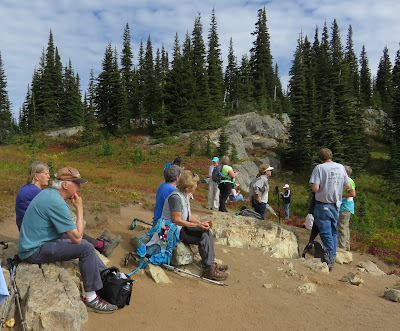 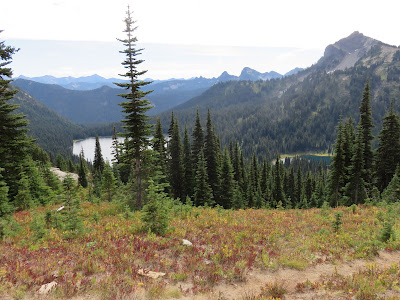 During the second half of the hike, Mount Rainier dominated the horizon. 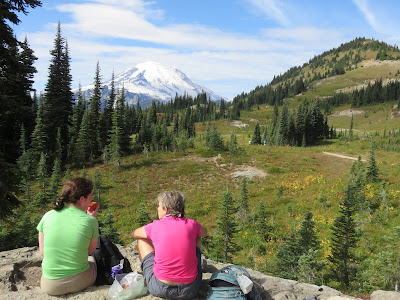 We passed several alpine lakes along the way. 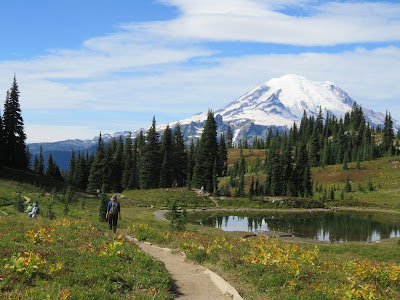 Good view of Mount Adams to the south. 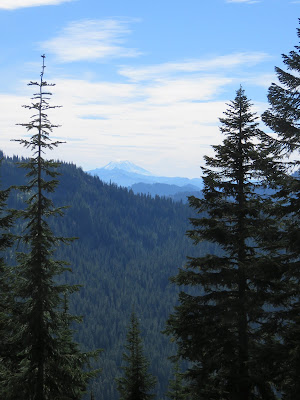 Breathtaking view of our famous volcano. I hope the blue ice in the glaciers shows up in the enlarged view of this picture. 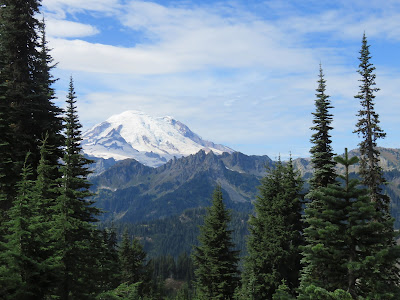 The hike started and ended at Tipsoo Lake. 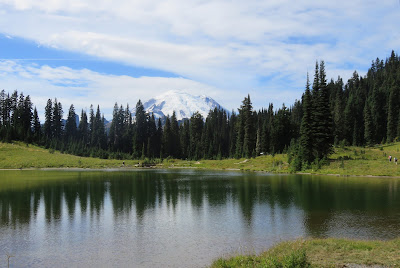 As a reward for our workout, we stopped at Wapiti Woolies. I had an ice cream sundae -- vanilla ice cream topped with local huckleberries. 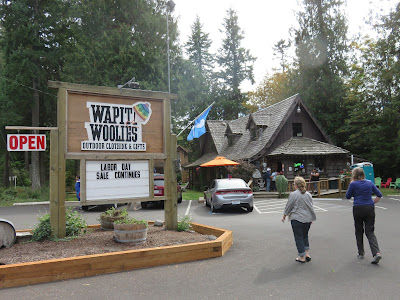