The first hike of 2017 was a long one. Seven miles! Although the group had planned to traverse Tacoma's Puget Park, our leader was concerned about ice on the trail, so we opted to follow the paved path that runs alongside Commencement Bay. I guess she didn't want to deal with a bunch of slipping and sliding seniors! With temps in the twenties, that was probably a smart move. Even though the trek was flat, seven miles is a good distance.
(Click on photos to enlarge.)

With views of the snow-covered Olympic Mountains to the northwest ... 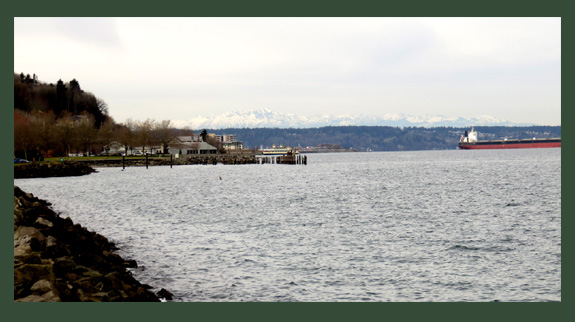 and Mount Rainier in the haze to the southeast, plus ships coming and going from the port, these condos must be an interesting place to live. 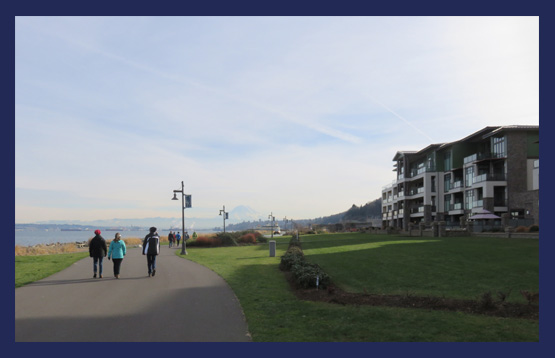 Benches like this one line the path. They reminded me of those things sailors tie their boats to when they dock, which was certainly appropriate for this area near the Tacoma docks. When I got home, I looked online and discovered they're called horn cleats. I can see how they got their name! 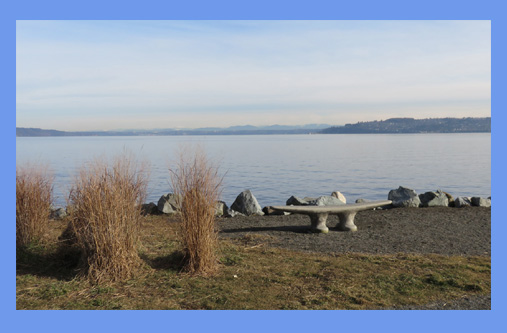 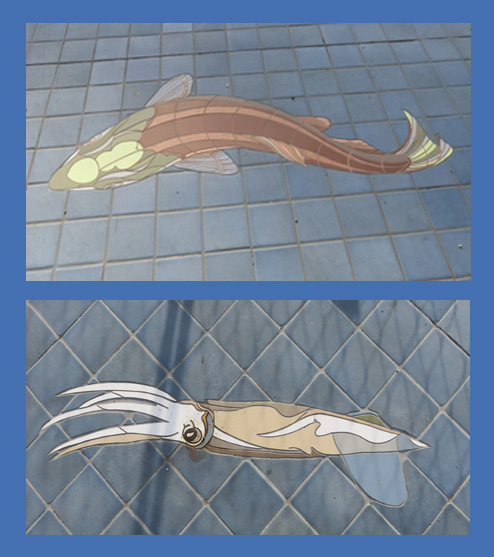 After lunch at a nearby restaurant, we continued our walk to Tacoma's Chinese Reconciliation Park. "The Chinese garden motif allows the park to stand both as an acknowledgment of the forceful expulsion of the Chinese population of the City of Tacoma by municipal leaders and a large crowd on November 3, 1885, and as a celebration of the city's multicultural past, present, and future. The expulsion was an act of exclusion in response to complex conditions of the time, among them economic decline and anti-Chinese sentiment. The park is an act of reconciliation and inclusivity toward appreciation of the people of diverse legacies and interests who are part of the city as a dynamic community."
(Link for more info) 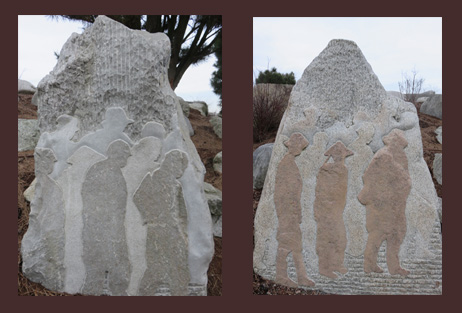 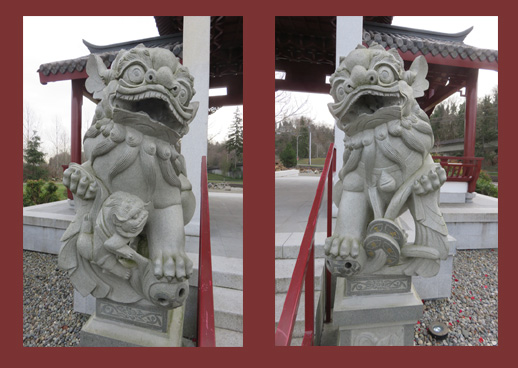 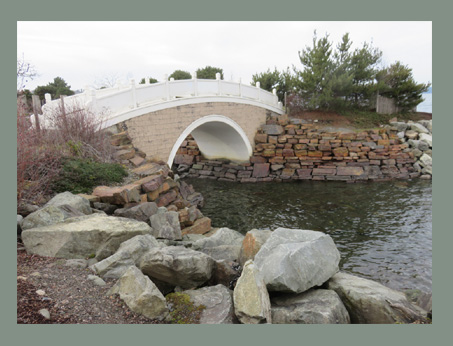 I'm ready for our next adventure!

To participate in Saturday Snapshots: post a photo that you (or a friend or family member)
have taken then leave a direct link to your post in the Mister Linky on the host blogsite.
at 11:06 PM