Since I love words and names, the designations given to hiking trails fascinate me. Some are named after naturalists, historical figures, or landmarks. For others, the source of the names is obscure. 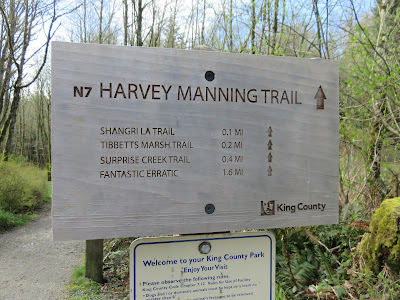 Red Town Trail: A mining town by the same name existed here in the late 1800s. It served as a railroad depot where coal was transported from the mines to Lake Washington. Most of the houses were painted red.
By the way, we walked on the "Wildside" too. 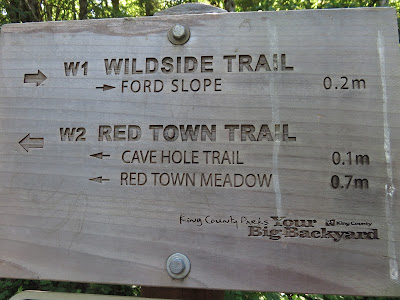 Rattlesnake Mountain Trail: An article in The Seattle Times says:  "The lake and nearby ridge are said to have gotten their inapt name from Seattle pioneer Arthur Denny when the rattle of seed pods on a nearby meadow frightened a road surveyor into thinking he was being attacked by a rattler. The surveyor didn't know there were no poisonous snakes in Western Washington." 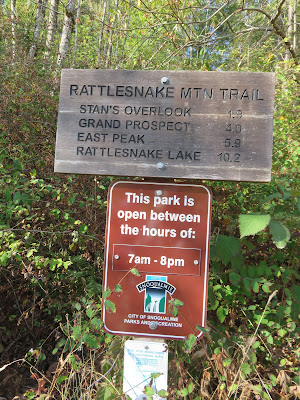 My online research didn't uncover the history of the name Dewey Lake. However, the Naches Peak Loop (pronounced "NAT cheese") is named after a Native American tribe. Anyone who has read Wild by Cheryl Strayed has heard of the Pacific Crest Trail. 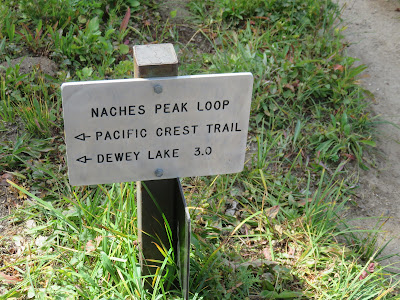 The idea behind the name of the High Ridge Trail is obvious.  The pathway snakes across a ridge in Olympic National Park. 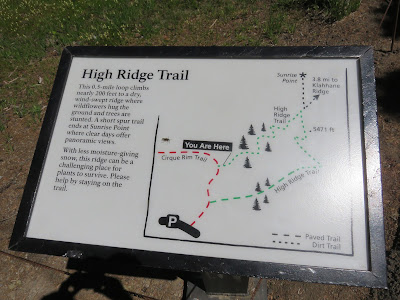 Are you as curious about place names as I am?