The Whiskey Bottle in the Wall (Vol. 1) - Friday 56 and Book Beginnings 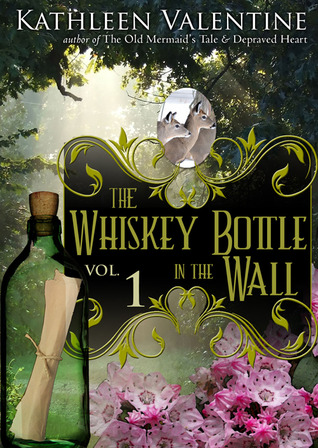 I've just started reading The Whiskey Bottle in the Wall (Vol. 1) and I'm already enthralled by the characters. This collection of short stories by Kathleen Valentine brings to life the inhabitants of small-town Marienstadt, Pennsylvania, and paints a vivid picture of the quirky characters' lives.

Just the names of the tales are enough to intrigue me!

It’s no surprise that “The Whiskey Bottle in the Wall” was named Best Short Story in the 2013 eFestival of Words. Kathleen's stories are told with wit and warmth, and I'm looking forward to reading all three volumes in the series. FYI: The series can be purchased in one omnibus edition here: Whiskey Bottle Omnibus

Here's the BOOK BEGINNING from the first story:
Henry Werner knew that being the Chief of Police in Marienstadt, Pennsylvania, was an easy job but any day that started out with a visit from Sister Adelaide, the Prioress of St. Joseph's Convent, and which was followed by a call from the State Police, was off to an unpromising start. Despite the fact that he was close to forty and had been a policeman ever since he left the Marines, one withering stare from Sister Adelaid could reduce him to a single throbbing nerve. The worst part was, she knew it.

And here are a couple of sentences from 56% on my Kindle:
"You have a good idea there, Padre, and God forbid that any of these old gals should get hit by a bus and their recipes die with them, so we have to be sneaky. Luckily, you came to the right guy for that. The way you go about this, y'see, is to appeal to their vanity."